My Thoughts On The Journey Of An Olympian 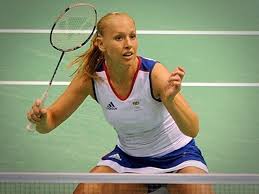 Having watched the webinar with former badminton world champion Gail Emms MBE, which Pathway CTM hosted on the 24th April, I was struck by the sheer drive and motivation that she mentioned having whilst working towards her tournaments, and it inspired me to consider ways in which I could implement those qualities into my own life.

Gail Emms was a professional badminton player, and has won gold medals in both the World Championships and Commonwealth Games, and a silver in the 2004 Athens Olympics in badminton doubles. Throughout the webinar, Gail highlighted the importance of perseverance and resilience, facing many adversities herself. She was told at 18 years old by an expert that she lacked the natural talent and skill to be able to do well in international championships, and so wasn’t going to be funded; for three years, she had accepted that, and so decided to go to university and gained a degree in Sports Science.

However, she wanted to try her hand at badminton again, to prove him wrong, which was the start to the next stage to her success. As a result, Gail decided to enter a badminton competition, and, driven by her determination, she did well. From there, she decided to train every day for two years in preparation for the 2000 Sydney Olympics. She worked as a waitress and bar maid all evening, funding her training which she did during the day. She said that these two years were the hardest, but she knew she had to do it for herself, since no one else was going to do it for her.

To be a part of the 2000 Sydney Olympics, Gail had to be in the top 16, but she ranked 17th. Of course she was bitterly disappointed, describing it as like “being punched in the stomach over and over again”, but watching the Olympics herself, she knew she could be better; she essentially gave up her life for the next four years to train for the 2004 Athens Olympics, knowing that if this was her goal, then these were the sacrifices she would have to make.

She also gave key advice which helped her throughout her process. On setting goals, she said it is all based on what works for you: do you prefer big goals, or if they are too overwhelming, would you rather set smaller ones? She also advised to make your goals achievable, by having smaller, more manageable goals which may build up to fulfil a greater one. She also emphasised the importance of making your goals adaptable: things aren’t always going to go the way you would always expect, so don’t make your goals in that way.

She said that if you put 100% into something, then you should feel proud no matter the outcome, since you gave your all; although, if there is a part of you saying that you could have done better, then you have the control over what you do about these setbacks and the power to choose where to go from there, just as she had done when told that she wouldn’t make it when she was only 18, or being one person short of attending the 2000 Olympics.

Gail mentioned the importance of not seeing failures as, well, failures. Instead, you should see them a learning experience. She gave the example that she has lost more badminton matches than she had won, but after each game she had “lost”, she had learnt something valuable.

She highlighted that you should try to avoid comparing yourself with others, although, especially in sport, the media makes it hard: likening you to other athletes, saying that she’s “the next XYZ”, or that she can be like someone else. However, you need to remember that you are only yourself, and that you should make yourself the best version possible.

Dealing with nerves was also a topic Gail discussed: she mentioned that she personally had three types of nervousness: jittery and frantic, angry and aggressive, and tired. She said the best thing to do is accept your nerves: the more you fight your nerves, the more nervous you’ll end up. She advised to allow positivity to flow through you by having trust: knowing that you have done the work, and you do have the support from others, whether that be teachers or coaches, friends or family.

This webinar was extremely insightful into both her experience as a professional sportswoman and how she drove herself on mentally.

If you would like to watch this webinar in full, the link to it is here: https://www.youtube.com/watch?v=5KFoRPn7AQg&t=2s.

Receive all the best bits in your inbox! 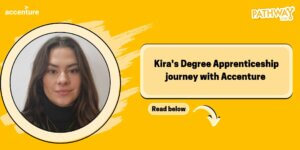 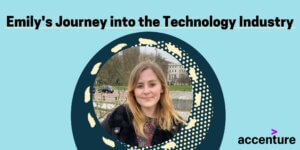 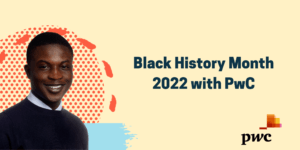 Allowing your authentic personality to shine through